An Introduction to 7 Types of Synthetic Garnet Materials

Garnets are a group of silicate minerals that have been used as gemstones and abrasives since the Bronze Age. The general chemical formula of garnet can be A3B2(SiO4)3, wherein A represents a divalent element, such as magnesium, iron, manganese, calcium, etc.; B is a trivalent element such as aluminum, chromium, iron, etc. The different garnet species pyro include pyrope (Mg3Al2(SiO4)3), amandine (Fe3Al2(SiO4)3), spessartine (Mn2+3Al2(SiO4) 3), grossular (Ca3Al2(SiO4)3), uvarovite (Ca3Cr2(SiO4)3) ) and andradite (Ca3Fe2(SiO4)3). However, today we are not talking about these natural garnets, but synthetic garnets.

Synthetic garnet is also known as rare-earth garnet. The crystallographic structure of garnets has been expanded from the prototype to more advanced types. Similarly, we can use a general chemical formula to describe it: A3B2(CO4)3. A & B represent the same divalent element and trivalent element as described before, while C not only represents silicon, but also a large number of other elements, such as germanium, gallium, aluminum, vanadium and iron.

Terbium gallium garnet (TGG) is a kind of synthetic garnet with the chemical composition of Tb3Ga5O12. TGG has the advantage of large Verdet constant, low optical losses, high thermal conductivity and high laser damage threshold. It is widely used in optical isolators for laser systems, optical circulators for fiber optic systems, optical modulators, and current and magnetic field sensors. TGG single crystal is also the best magneto-optical material for making a Faraday rotator and isolator, with a suitable wavelength of 400-1100nm (excluding 470nm-500nm).

Terbium scandium aluminum garnet (TSAG) is a colorless and highly transparent synthetic garnet with the chemical composition of Tb3Sc2Al3O12. It has the advantages of high Verdet constant, and excellent thermal and mechanical properties. TSAG is a key isolator material for the next generation of fiber lasers, and is an ideal visible and infrared magnetic crystal.

Cerium doped lutetium aluminium garnet (Ce:LuAG) is a relatively dense scintillator with the advantages of high density, fast decay time, non-hygroscopicity, and good mechanical and chemical performance. Ce:LuAG is also mechanically and chemically stable, and can be machined into a variety of shapes and sizes including prisms, spheres and thin plates. Ce:LuAG is suitable for thin imaging screens, medical scanning systems, high-energy particle accelerators & detectors, and laser & LED lighting.

Neodymium-doped yttrium aluminum garnet (Nd:YAG) is a synthetic crystal consisting of neodymium, yttrium aluminum, and oxygen with the chemical formula Nd:Y3Al5O12. It is the earliest and most famous and most widely used laser crystal. Nd:YAG has relatively good optical absorption and conversion efficiency, low lasing threshold and good thermal dissipation for high power operation. It is a preferred laser working material that is widely used in medical and industrial lasers, such as laser marking machines, cutting machines, laser therapy instruments and beauty instruments.

Chromium doped yttrium aluminium garnet (Cr4+:YAG) is a crystal with the chemical formula of Cr4+:Y3Al5O12. This crystal is chemically stable, UV resistant and durable. In addition, It can operate over a wide range of temperatures and conditions and is well suited for high-average power applications. Cr4+:YAG is an ideal material for passive Q-switching of Nd:YAG and other Nd and Yb-doped lasers in the wavelength range of 0.8 to 1.2 µm. It is also used for remote sensing, 3D scanning, and the Lidar system. 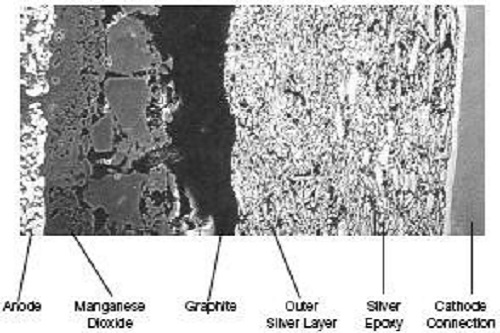